The story: The first beans (Vigna sinensis or unguiculata) originated in sub-Saharan Africa, while pinto beans, cannellini beans and all the other countless types were imported from America. The species of American beans, originally from Mexico and Guatemala and scientifically called Phaseolus vulgaris, quickly spread in Europe, to the point of supplanting the African one. In our region, the introduction of this legume was not easy, especially due to the belief that the bean was poorly digested. If it slowly managed to carve out a place among cultivable products, it was because it allowed intercropping with other crops, allowing farmers to obtain a greater volume of product from the same plot. Among the many varieties of beans grown in Veneto, the Borlotto Nano Levada bean has a particular place. This particular type of legume was part of the piedmont agricultural culture already at the beginning of the century, when it was cultivated in rows with corn or between the rows of vineyards in intercropping with potatoes. The greatest development took place in the 60s and 70s, coinciding with that of other horticultural crops. The Levada bean is promoted by various bodies, including the Pro Loco di Camalò, in combination with the Review of Triveneti wines, the Pro Loco Montelliana with the autumn fair, and the municipality of Onigo di Pederobba where in early September carries out the feast of “Borlotto nano Leveda” with the display of local horticultural products.

Description of the product: The Levada bean looks like a legume with an erect posture, with pods between 15 and 17 cm long, flattened and streaked with red on a creamy white background. The beans inside vary in number from six to eight and are of good size, rounded and elongated, with a characteristic very thin skin of a white color streaked with red. When cooked it produces a clear broth and acquires a delicate flavor. The product is particularly appreciated because it is cultivated with limited pesticide treatments.

Production process: According to the methods of processing, conservation and maturation, this bean requires a well-prepared, leveled and rolled soil, free of stagnation, with development temperatures between 20 and 30 ° C. The sowing runs from early April to July, while the harvest begins in mid-July and lasts until mid-September. During the harvesting period, the bean can be purchased fresh in pods while in the rest of the year it is stored in non-humid and well-ventilated rooms and sold dry, often packaged in rustic jute bags weighing one kilogram.

Availability: Available during the production period: July, August and September.

Uses: Levada’s Nano borlotto bean is excellent for the preparation of soups and broths. Typical dishes: Pasta and beans, beans in sauce, stewed beans with bacon.

Levada is a small village in the municipality of Pederobba, which for centuries has reserved its best land for the cultivation of cereals and legumes. Precisely this land has proved to be optimal for the production of the bean. Being in the center of an area dedicated to its cultivation, it was chosen to give it its name.

The “Borlotto Nano Levada” bean has therefore become a typical product and an interesting niche product within the basket of the Treviso area. The close link between man and land finds in the bean one of the most typical products of the Venetian peasant tradition. Precisely to protect and enhance this product, the Confraternity of the bean was born, as a partnership to restore dignity and historical-cultural depth to this vegetable of great interest in the past and now back very topical in the kitchen of the best restaurants, which combine it with a rich variety of dishes.

The Confraternity of the bean immediately distinguished itself by expanding the production of borlotto in the municipalities of Pederobba, Cavaso, Cornuda and Crocetta, involving an area of ​​60 hectares in cultivation, in an area located between Monte Grappa, Piave and Montello. Borlotto Nano finds here, along the banks of the Piave, a suitable climate and soil, which enhance its organoleptic qualities. The production is around 6,000 quintals a year of fresh product, mostly sold on the Padua and Treviso markets or directly at the producers themselves. The production is entirely focused on quality, because the Borlotto Nano Levada, rich in fiber and protein and low in fat, is an essential element of the Mediterranean diet, recently re-evaluated by dieticians and doctors. The Levada bean produces a clear broth, highly appreciated by consumers and the best restaurateurs.To savor and let the public taste the bean of this land, every year, in September, the Bean Festival is organized in Covolo by the Proloco Covolo in collaboration with the Municipality of Pederobba and the Confraternita del Bagiolo, with food stands, where to taste the beans in the different recipes. 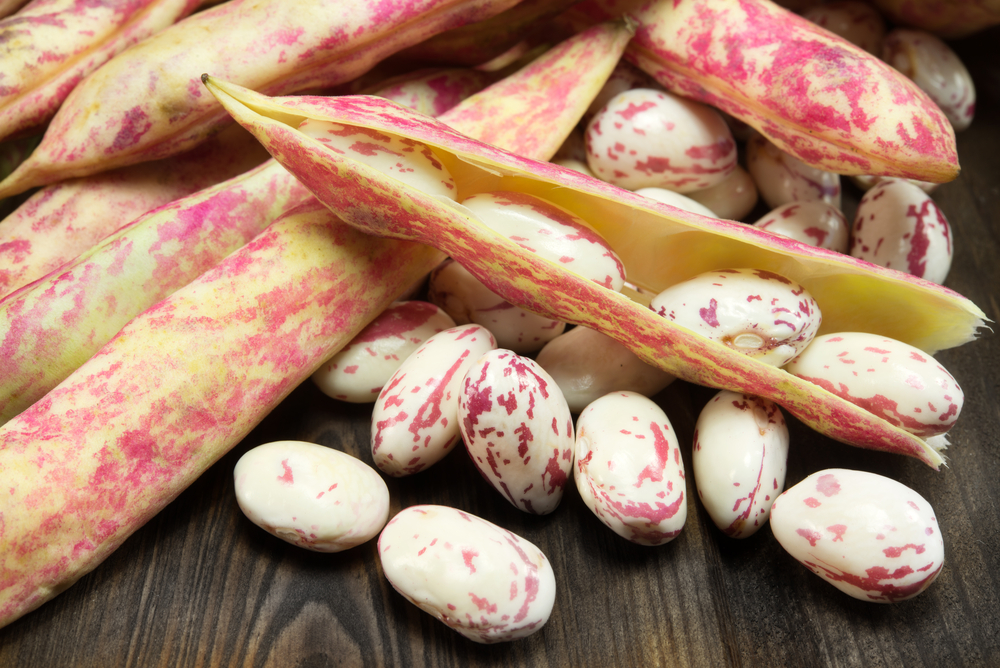