Ash Wednesday, the day of the “renga”

With the “rich” dinner of the rénga, the common herring of the northern seas, once the carnival was greeted and Lent was entered, in penitent expectation of Easter.

For many, in the Treviso area, that of the rénga was one of the few occasions in which you could eat your fill, but the rule did not apply to everyone. In fact, there were families who had to hang the herring with a string, on the kitchen beam, and content themselves with flavoring, in turn, a slice of polenta, repeatedly smoothing it over the tasty fish.

Herring, coming from the northern seas, passing through Venice, arrived inland and, transforming itself into the “renga” dialect, immediately proved to be suitable for the needs of peasant tables, especially in time of Lent: it was a poor food but nutritious and easy to store even without today’s means of refrigeration.

In the Middle Ages and up to the 1500s, this fish had enormous economic importance in the areas of northern Europe, because its capture was a source of food when farming, agriculture and trade were insufficient to feed the populations. The simplest preservation was in salt or dried. Since its accommodation in salt had to take place within a few hours of capture, and therefore practically on the sea, a notable trade was created between the cities of Northern Europe and the central-southern barrels going south. This market found the main outlet in the Mediterranean in Venice.

In Parona, in the province of Verona, they say that this custom dates back to a few centuries ago, when the burchieri (conductors of special boats called burchi) who came down the Adige, were forced to stop for the customs barrier. During the stop they would refresh themselves in the local taverns and, as a reward, sometimes they left the equivalent in goods transported, including some boxes of herring. And here in the various taverns they learned to cook and serve this tasty fish.
History or legend? The fact is that the occasion was given above all by the fact that during Lent it was necessary to eat “lean” and so, after the feasting of the carnival, everyone, on Ash Wednesday, gathered to eat polenta and renga prepared and served in the local taverns. for strangers and in families for friends and relatives.

In Motta di Livenza, on the other hand, tradition is linked to an important historical moment, remembered by the name of Motta’s ‘mercore grot’ (sad Wednesday).

It is said that, on the last day of carnival in the year of the Lord 1499, Muslim troops tried to storm Motta di Livenza – a village in the province of Treviso not far from Venice. The Bosnian-Turkish troops tried to conquer the city and then continued on to Venice. The raid took place between the last day of carnival (Tuesday) and the first day of Lent. The Turkish army chose to attack that very night, aware that the population would be distracted by the revelry and carnival celebrations. The strategy was studied in detail, and also included the conquest of other villages in Eastern Veneto. However, the inhabitants of Motta became aware of the enemy presence and promptly gave the alarm. The attack was prevented and the country avoided being plundered.

The next day, the escaped danger was celebrated by eating herring before the beginning of Lent – hence the fast that would last until Easter. From that moment on, every year, the “sagra dea renga” (herring festival) is celebrated, an event that was somewhat felt by the people of Motta due to that tragic night. The celebrations involve all the local families and herring with polenta is eaten at home. Even in the trattorias, even today, the menus offer this frugal (but tempting) recipe that appears frequently in sober diets. 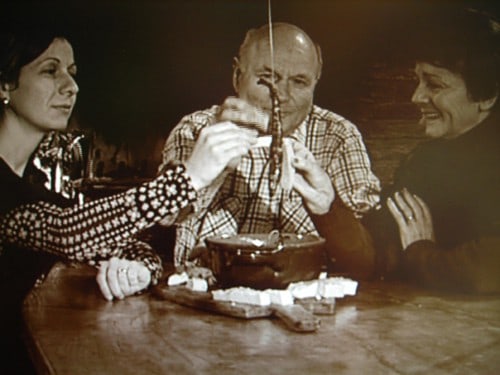