“Around the World in 80 Cellars” by the American journalist of The Wine Economist, Mike Veseth

OCTOBER 9, 2018
ARTICLES | RELEASES
“Around the World in 80 Cellars” by the American journalist of The Wine Economist, Mike Veseth
“Around the World in 80 Cellars”: the latest book by the American journalist Mike Veseth presented in Conegliano.
“An honor to be able to confront this historic and far-sighted company that made the history of Prosecco”, the words reserved for Carpenè Malvolti.

A journey around the world through wine told by 80 of the main wineries worldwide. This is the intent of “Around the World in 80 Cellars”, the latest literary work by the American journalist and editor of The Wine Economist Mike Veseth, presented last September 22nd at the Conegliano University Campus, on the occasion of the delivery ceremony of the first International Scholarship dedicated to Etilia Carpenè Larivera, sixth generation of the Prosecco family.

“… An event – underlined Rosanna Carpenè, fifth Generation of the Family and President of the ITS Academy Foundation – which was coherently inserted in the prospective international context of the scholarship award ceremony, with which it was intended to reward the most deserving student of the Cerletti Institute, creating the conditions for gaining experience at a University and a company abroad. An opportunity to deepen the economic and financial dynamics inherent in the agri-food sector and environmental sustainability, as critical success factors on international markets … “.

The author, therefore guest of the day, who celebrated the first International Scholarship dedicated to the sixth Generation of the Carpenè family, Etilia, spent words of praise there for the historic winery, emphasizing in particular the importance of sharing, today as yesterday, of the founding values ​​of the origins. “… Carpenè Malvolti is a valuable company and I am honored to have participated in this day – commented Mike Veseth – we are facing a historic company that has been far-sighted since the beginning and has been able to look to the future by going forward without forget the past … “.

Contrary to what could be deduced from the title, Veseth’s book is not a publication on wine but on people and the author’s intent is to introduce readers to a virtual tour around the world through the wine of 80 among the main wineries, choosing that Prosecco as a symbol of Italian enology, of which the founder of Carpenè Malvolti can be proud to have been the inventor already in 1868. Inspired in the title by the novel by Jules Verne, “Around the World in Eighty Wines ”- this is the title in the original language of the publication – is presented as an itinerary told through as many glasses of wine, each one representing a different story, a Territory, a Denomination, a Family. 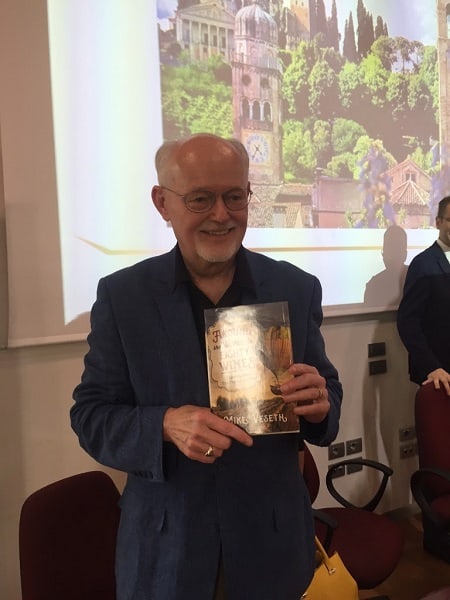