A 62nd MIG closes with a grand finale above all expectations

It is Barbara Bettera, of the ice-cream parlour “Il gelato di Barbara” in Rivolta d’Adda (Cremona) who has won the 2022 Coppa d’Oro, the historic competition of the Artisan Ice Cream Exhibition now in its 52nd edition. In the Malaga flavour – chosen this year as a test bench for the best gelato makers – Bettera won his second Coppa d’Oro after his success in 2019, beating Sergio Del Favero (“Pausa gelato” of Arcade, Treviso) and Thomas Infanti (“Antiche tentazioni” of Padua). The ‘Creativity’ prize for the most beautiful tub of Malaga ice cream, on the other hand, went to Francesco Balestra (‘La Delizia’ of Ottaviano – NA).

As per tradition, the prize-giving closes the Mig. And this year it was preceded by the Master Gelato Makers Award, which usually opened the exhibition. An award that went to the history of the Giolitti family, now in its fifth generation of ice-cream makers and active in Rome, in the historic headquarters in Via degli Uffici del Vicario, a stone’s throw from Montecitorio and Palazzo Chigi (as well as in many other ice-cream parlours opened in Europe, America and Asia, to export Made in Italy ice cream around the world).

Among the awards handed out on the last day of Mig, also those related to the MIG Green Award, set up to raise awareness of sustainability issues in gelato parlours. In the exhibition category for the greenest stand at the fair, special mention to Map3 Studio and first prize to Disaronno Ingrendients – Ve.Co.Gel, “For its all-round ecological commitment, from the creation of the stand using wood recovered from Vaia crashes to the products on display”.

In the green innovation in gelato making category, special mention to BRX – Salvalacqua, and first prize to Iceteam 1927, “For reducing environmental impact with the possibility for the gelato maker to optimise production cycles according to the needs of the moment”.

Lastly, the winners of the Artglace competition (which moved its definitive venue to Longarone FiereDolomiti) were also announced. The challenge between Austria and Germany went to the Austrian ice-cream makers, who won over the jury with their Mozart, Stracciatella d’arancia and Sacher flavours.

While yesterday evening, at the close of the fair, the prize-giving ceremony for the 2nd edition of the ‘Una Pralina in Gelateria’ competition organised by Confartigianato Imprese Alimentazione. To Robbie Pezzuol from Rimini the prize for the best chocolate.

“Mig 2022 was an extraordinary experience,” comments the president of Longarone Fiere Dolomiti, Michele Dal Farra, “An international exhibition that had the foresight to talk not only about ice cream but also about research and innovation, about an artisan product that finds its natural home here. It was the first post-Covid Mig, and once again demonstrated the importance of the exhibitors’ presence and the quality of the relations set up. See you in 2023′. 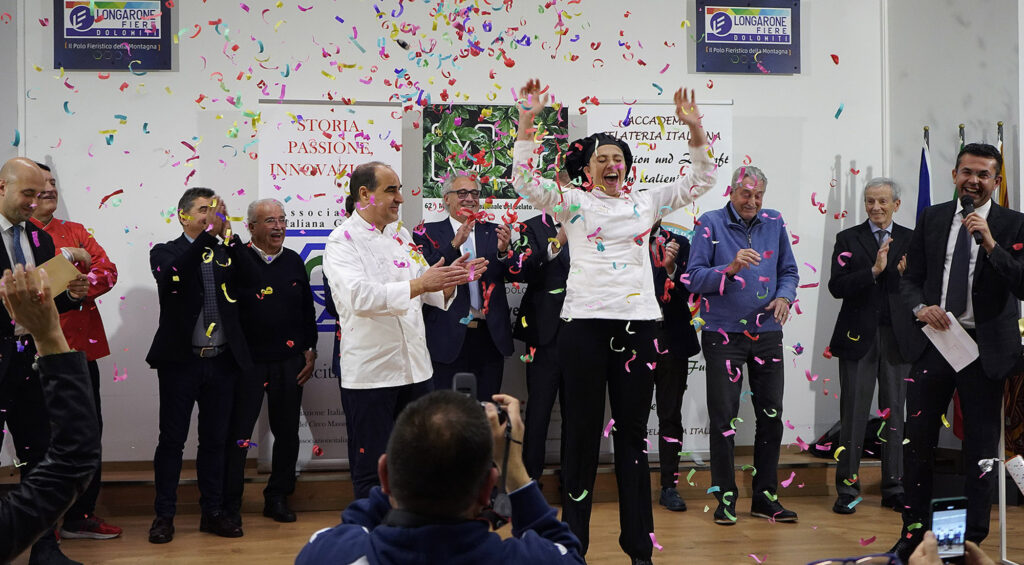