124th Fieracavalli started in the name of inclusion and sustainability

Horse riding as a carrier of strong messages that take a concrete look at the points of the UN 2030 Agenda for Sustainable Development. For several years, in fact, Fieracavalli has been committed to promoting the role of the horse as a vehicle for social inclusion and sustainability. Characterising the edition in this sense were three appointments on the opening day: Riding the Blue Charity Dinner & Gala, the awarding of diplomas from the stable technician course to prisoners and the arrival at the exhibition of the Munich-Verona equestrian raid.
Verona, 4 November 2022 – Inclusion and sustainability: these are the cornerstones of the equestrian culture that Fieracavalli – the reference event in the international equestrian panorama – has always been committed to spreading and promoting. From the promotion of slow and sustainable tourism, to opportunities for the redemption of the most disadvantaged members of society, up to Horse-Assisted Interventions for the treatment of Autism Spectrum Disorder in children. It is precisely on the opening day of the 124th edition of Fieracavalli that the event fielded three of its flagship projects to testify how the man-horse relationship helps to improve the state of health in people with disabilities and level out social inequalities.
he day of Thursday 3 November began with the arrival at the fair of the 4 riders of Natura a Cavallo and the 4 amazons of the Circolo Ippico Valpolicella, who together tackled the Munich-Verona equestrian raid, an itinerary of over 600 km, divided into 25 stages, linking the Bavarian capital to the city of Verona. The project – promoted by Fieracavalli, Veronafiere and the “Territory, Sustainability and Inclusion” Social Promotion Association of Verona – focuses on the horse as a natural attraction between man and planet and as a means of raising awareness of diversity and forms of disability. Thanks to the collaboration of the Associazione Nazionale Allevatori Cavalli di Razza Bardigiana (National Association of Horse Breeders) and ANAREAI, the Raid also promotes Italian livestock breeding and heritage. The amazons, in fact, tackled the journey in the saddle of four Bardigiani horses that on Saturday 5 November, at Fieracavalli, will be donated to centres dedicated to Animal Assisted Interventions to help fragile categories such as prisoners, women who have suffered violence, young people with gambling and sociopathy problems, children suffering from
Autism Spectrum Syndrome, Down’s Syndrome, the visually impaired or suffering from other types of disabilities and who can benefit from a relationship with horses.
On the same day, there was the symbolic ceremony of the delivery of the first diplomas of the stable technician course to inmates and former inmates of the Montorio Prison, the result of a project of the Horse Valley Amateur Sports Association born in 2013 that, year after year, is renewed and enriched to direct groups of inmates towards the profession with training courses. The initiative, which offers a concrete opportunity of redemption for the most disadvantaged members of society, was presented by the director of the prison, Dr. Maria Grazia Bregoli, in the AGSM AIM Area A horse of sustainability.
The first day of the 124th edition of Fieracavalli then ended with the Riding The Blue Charity Dinner & Gala, the charity event supporting the crowdfunding campaign ‘Riding the Blue – A horse for a friend’. The fundraising – promoted by Fieracavalli and EY Foundation involving various realities, including FISE, AOVR Hospital and ANGSA as recipients of the collection – during the evening, thanks to donations from the 7 Golden Donors and those present, reached over € 28,000. Many celebrities espoused the campaign’s cause: to finance the experimental project Riding the Blue, which aims at the recognition of Horse-Assisted Interventions by the National Health Service as a practice for the treatment of Autism Spectrum Disorder in children. All proceeds will be used to support the project – co-ordinated by Professor Leonardo Zoccante and promoted by Fieracavalli destined to change the therapeutic fate of thousands of children and young people affected by autism – and, in particular, to support the costs of sessions for children in the 7-8 years and 15-16 years age brackets in Italy. The fundraising does not stop, during all days of the event it will be possible to donate, aiming at the final goal of 30,000€ at the closing on Sunday. 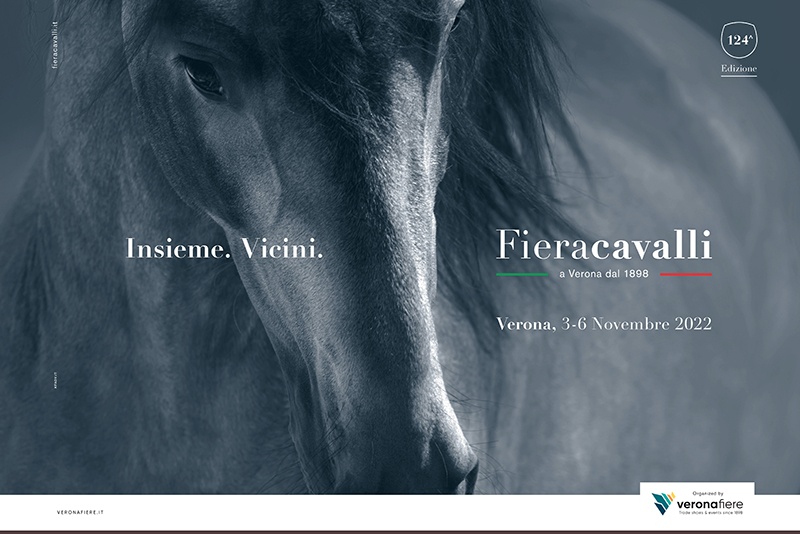